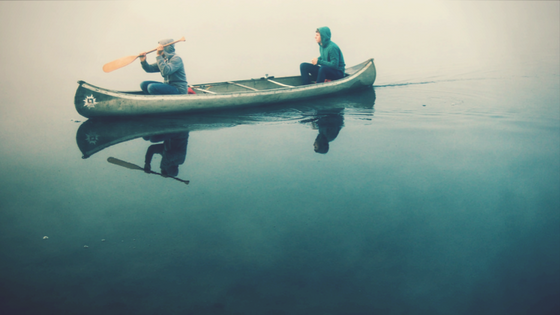 A postscript on faculty dynamics and why things don’t change

Posted in Course Redesign, Higher Education, and Trends and Change

I came back last week from an event put on by the John N. Gardner organization, a three-day conference on promoting student success in gateway courses. I go to a fair number of these types of reform-the-academy gatherings, often just as a one-off and often mainly because my university asked me to. The quality tends to vary a lot, based on  whatever keynoters the organizers happened to round up and whether the individual talks are any good. This one was a standout – presenters were on their game, and there was an energy that really did seem to reflect optimism and a sense of progress.

I was also struck by a recurring theme: faculty buy-in and the climate for faculty who become identified with change. One presenter after another talked about how difficult it was to get the sustained support from administration that helped them weather resistance, and the frustration they felt with the level and tone of that resistance.

In one of the bigger sessions, a person stepped up to the mike and asked his version of the question – about how to move a change initiative forward in the face of resistance that is often poorly informed by evidence, not countered appropriately by leadership, and sometimes painfully personal. He characterized it as bullying, and I could tell that he wasn’t using the word lightly. It’s a strong term, and I would bet that some on the “resisting change” side would say that they themselves are the ones being bullied. In any case, it speaks to the feelings of vulnerability by people who want to see things change in academia, and also to what’s tolerated by leaders who say that they want reform but whose actions speak differently.

It drives home how much interpersonal factors matter in academic culture, and how much they limit what we can accomplish with respect to reform. Incentives to faculty do matter, especially the perverse incentives that happen when we over-privilege research, but what matters even more is the feeling that our colleagues respect us and support what we are trying to accomplish.

Why do we care so much what people think? Part of it comes down to the lack of mobility in academic careers; those fortunate enough to have achieved tenure in a department may well be working side by side for the rest of their professional lives. Yes, it’s a privilege to have that kind of security, and it’s vital to the work of our institutions to have it. But the side effect is that getting crosswise with your peers can lead to daily discomfort that goes on for months, years, or indefinitely.

As I joked to a couple of people at this conference, joining an academic department is more like entering some kind of group marriage than it is like taking on a normal job. And, going to work at a teaching-focused institution, where few have portable research-intensive portfolios, is like getting married in the Catholic Church, because for better or for worse, you’re not going anywhere.

There were some solutions floated: Mark Hanson from North Dakota State University and Joshua Caulkins from University of Rhode Island led a brilliant workshop on promoting change in groups (seriously, I wish I could bring them to my campus right now). Many others offered variations on the important insight that just seeing evidence doesn’t move someone to overhaul how they approach their work. I have my own take on approaches that tend to create genuine interest, not alienation, among faculty. And one of the major keynoters spoke persuasively about the power of recruiting to the cause senior faculty who are willing to be visible advocates. “It has to be made respectable to do this kind of work,” she said, and such advocates create that respectability.

Still, so much of what we’re trying to do with reform initiatives rides on the whims and vagaries of the micro-climate we’re doing it in: whether that one colleague picks today’s faculty meeting to take out his frustrations on you, whether your hyper-cautious middle administrator decides to shut down your potentially risky project. I’m grateful to have had the chance to be with colleagues who see a lot of the same things I do, and it makes me feel more optimistic that we’re actually moving forward.