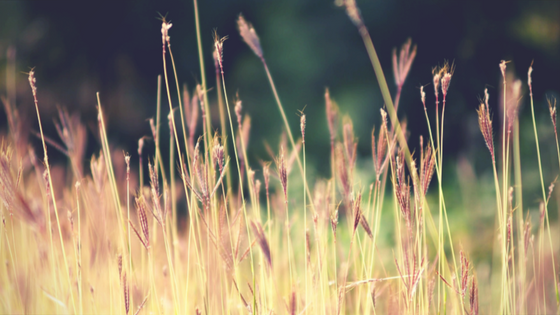 Why won’t my faculty listen? Risks and rewards of change

Posted in Course Redesign, Higher Education, and Trends and Change

Recently I did something I haven’t for many years: sat in as a student in a face-to-face course. What got me back on that side of the seminar table was a singular opportunity, the Contemporary Developments in Higher Education course taught by NAU president emeritus John Haeger. Haeger capably led our institution through some of the hardest times we’ve known, circumventing untold financial and political obstacles to expand our physical presence, create infrastructure for a real, national-level research program, and establish us as a major player in online and competency-based education. The class was a once-in-a-lifetime chance to hear firsthand about the forces that led him to make the decisions he did, and where he thought those forces were going to take us in the future.

Time flew by as we hashed out opinions, developments, and controversies, pivoting between dissecting the latest item from the Chronicle, analyzing presidencies from around the country and tackling mounds upon mounds of reading. Of course a major theme was the seismic shifts in higher education, especially from the perspective of people like Robert Zemsky and George Mehaffy, two leaders who particularly influenced Haeger during his term. If you’re not familiar with their work, both are passionate and sometimes critical advocates of the idea that universities as we know them cannot survive in their present form, and can either change or be changed now that things like educational technology and performance funding are upon us.

Broadly speaking, I agree with the change-or-be-changed conclusion, and I do sometimes feel the same frustration that colors so much of what people like Mehaffy and Zemsky have to say. But this kind of critique often ends up being aimed at faculty, and that is where I think it can go astray. Critics of higher ed are correct in stating that faculty have to change what they do, and that faculty are often the campus constituency that is most vocally resistant. But what’s the source of this resistance?

Whatever it is, I’m against it. This is the reputation faculty have for reflexive negativity towards anything new, or even to hearing the reality of changes going on around them. This reflexive negativity is usually chalked up either to personality traits, or privilege, the idea being that someone with tenure and minimal accountability is just highly disinclined to rock that comfortable boat.

But tenure is becoming the exception rather than the rule, and even for those who have it, does not mean a “job for life.” Both those on the tenure track and off of it are also finding that performance criteria – everything from student evaluations to number of publications to grant money – are already stringent and edging up all the time.

The idea that faculty are simply too comfortable to change is out of step with the reality of most faculty’s lives today. So what is it? I think in many cases, faculty choose to avoid, or actively oppose, change initiatives as a rational response to the balance of risks and rewards they see, a balance that is within the power of institutional leaders to change.

The risks are very real, even for the tenured faculty at the top of the academic food chain. Say that a professor chooses to take on real leadership around something like redesign of large, lower-division courses. They become vocal advocates for the need to reorganize and rethink what’s always been done in these classes, sinking more and more of their own time and energy into making it a reality.

Then what happens? Let’s say the project succeeds: students are learning more, the class works more smoothly, the in-class atmosphere is energized. Most faculty will find a lot of intrinsic reward in such a situation – which is a good thing, since there’s likely to be little extrinsic reward offered by the institution. If – as is commonly the case – there’s pushback, such as a drop in student evaluation scores, there may be actual punishment.

It’s possible to plan ahead for this kind of pushback, and for institutions to set up ways to balance or buffer them. Smart leaders do these things, but even so, what tends to happen is that over time the risks accrue while the rewards fade. As the novelty of the new project wears off, what happens to the faculty member who’s been championing it all this time? Best case, the project becomes a line in the Service section of one’s vitae, where it buys little in terms of upward mobility, future opportunity, or career cachet. Worst case, it could make enemies of the colleagues and administrators whose goodwill makes professional life livable.

And here is where the real economics of faculty choices come in. Had you spent the time not on transforming that course (or degree program, or other outdated organizational structure), and instead on research, you’d have a work product of enduring value, an accomplishment that’s  recognized across institutions and that never goes away – and something unlikely to earn antagonism from students, administrators, or one’s department colleagues. Small wonder then that mentors commonly advise faculty to pour energy into research above all else.

So that is one side of the problem, a lack of structures to ensure that pursuing change is a career builder, not a career liability. The other side is simply the failure to articulate what exact sorts of transformations we are hoping for in the first place.

Mehaffy stresses the need for a sense of urgency in confronting new realities in higher education, and here again, I agree: If we discuss and debate future directions according to our normal glacial academic pace, the final destination is nearly guaranteed to be determined by someone else. But if we fail to specify what we think people should do differently, the effect is rather like coming up behind someone in a dark forest and yelling, “You’re in danger! Run!”

Run where? What we need are brightly lit paths, not panic in the dark – paths that lay out for people what we actually want them to do. This is not the same thing as cataloguing all the things we don’t want them to do. As any cognitive scientist (or preschool teacher) will tell you, the mind processes positives better than negatives. And if you can’t persuasively lay out the positive path, listeners are right to question whether you’ve really thought your plan through.

And if we do all this, and we still get batted away? That’s a different problem, one that might go back to problem #1, how participation has historically been rewarded or punished in the institution. Or, perhaps we simply haven’t made our case. Faculty, for all of our frustrating tendencies, are about as evidence-oriented as a group of people could be, so we should ask how the evidence was framed, interpreted, and presented.

Lastly, because people are not persuaded by bar charts alone, we need to move them with a connection back to our mission as academics – what brought us to work in higher education in the first place. The “start with why” strategy is one that corporations have caught on to, but it’s surprising how often this is totally bypassed in conversations within and about the academy.

Do this. Not that. Here’s why. That’s the simple beginning to the conversation about change.

After that, things get more complex. It starts with scrutinizing the climate we’ve set up for people who’ve gone out on a limb to try the things we say we want. Is it hostile? Indifferent? Are there risks we haven’t done our best to buffer?

Once we’ve examined the risks, take a look at the rewards. Here, the competition is stiff: grants, for example, are highly recognized and portable across institutions, as are publications, and good-but-not-groundbreaking teaching can at least earn you the student evaluations that are so heavily prized by some search and promotion committees. Everyone’s mind immediately goes to financial incentives, but some of the best things in professional life are free: increased autonomy, the option to take on new and challenging projects, affirmation and praise.

Or, there may be other satisfiable wants that you haven’t thought of. At NAU, we’ve had striking success recruiting faculty to the First Year Learning Initiative with one simple incentive: providing a paid undergraduate TA to participating courses. It’s not free, or even particularly cheap, but it’s a lot cheaper than providing, say, course releases, and produces immense benefits to students you wouldn’t get by just handing the money straight to faculty.

Academic leaders say they want a faculty who are ready to change, who will jump onto new research and new tools for learning, who won’t let their own research interests get in the way of their first priority: student learning. The implication is that if we only had that willing faculty, barriers would fall, good ideas would take off, and higher education would not just survive, but thrive.

I think the desire is sincere, but it needs to be backed up with persuasive strategy and the understanding that faculty are making difficult, often perfectly rational choices about how to spend their limited career capital. Want to change those choices? Then light up the path. Show that it’s a safe one, and take good care of the people who choose to walk it.