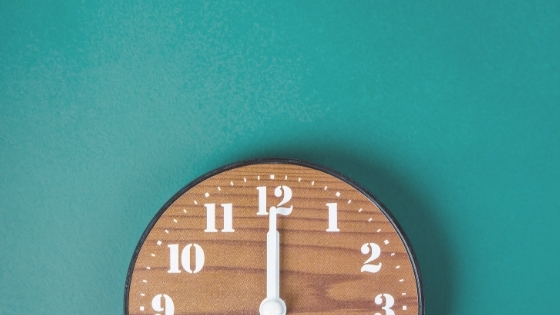 One big thing I’ll keep from my remote-redesigned courses this year (Hint: It’s got nothing to do with technology)

For a few months now, optimists have been pointing to one upside of the pivot to online instruction: It has pushed faculty, en masse, to expand their repertoire of teaching techniques.

While I’ve pushed back hard against the silver-lining narrative of what this pandemic has meant for faculty and staff, I do see that it’s spurred the development of new, useful skills, many involving technology.

Accomplishments that once seemed like stretch goals are now totally under our belts: Faculty are more fluent than ever at using their learning management systems. They’ve become familiar with the common videoconferencing applications. Many have also mastered extended videoconferencing features such as polling and breakout groups, and a good number are experimenting with courseware and collaborative online annotation tools. Recorded class sessions are becoming the norm and might remain so from here on out.

We’ve also become conversant with entirely new (for most of us) ways of organizing a class, now that hyflex, online asynchronous, and blended models are dominating college schedules from coast to coast. We may like these alternatives, or we may not, but we’ll never again be returning to a time when most faculty simply didn’t know or care about them.

These are all perfectly good innovations that help people up their teaching games. For me though, the one thing I’ll keep is decidedly low-tech: No more grade penalties for late work.

By grade penalties, I mean some variation on the following. Work is due at X time on X day. Any work received past that deadline is accepted and graded in the usual way, but 10% gets deducted for every calendar day past the deadline. And so, a student who turns in ‘B’ work by the deadline gets the same grade as someone who turns in ‘A’ work late.

Granted, this change is something I’ve been moving towards for a while. But it took a pandemic for me to finally pull the plug on a practice that I’d been following for twenty-plus years of full-time college teaching.

I suspect that it’s also something that most instructors do have as part of their syllabus, because students are shocked that it is not a part of mine. In the syllabus quizzes that I’ve been running via Kahoot!  for the past two semesters, this has been the single most-missed question, with sometimes as few as 15% of students correctly picking up on it on the first try.

Whether they speed past that syllabus section on deadlines after assuming that it’s just the usual stuff, or read it but fail to really understand, I don’t know. But in every case, I’ve spent time going over that one point, more than any other, as students post comments along the lines of wait what?

Even after all that, for the first few weeks of class there’s a steady trickle of messages from students asking if they can still turn in late work and what the hit will be to their grades, tentatively exploring if I really did mean it when I said they could take the time they need  without having to first run some kind of cost-benefit analysis on their grades.

So if I’m not enforcing deadlines with deductions, what am I doing instead? My current policy goes like this:

It’s important to keep up with your work in this course, both for your own stress levels, and so that we can all be on the same page when we’re discussing material in class and online. However, I know that life happens, and that deadlines may be especially challenging this semester. For this reason, I reserve the right to adjust deadlines in your favor if you talk to me in advance. To me, deadlines are all about communication – if I know what’s going on and how you plan to catch up, adjustments are usually just fine. I do not impose grade penalties for late work. Either you’re communicating with me about when you’re turning it in, or if not – you need to.

In sum: Keep up as best you can. If you can’t, talk to me and we’ll make a game plan. Grades I give reflect the quality of your work, not when you turned it in.

There are a few exceptions that I lay out for students as well. Anything that involves group participation or peer interaction does have a stricter cutoff; for example, the group annotation assignments I have in one course just don’t work when people are chiming in days or weeks after others have finished commenting. And then there are final project drafts and final exams, where there’s just no way I can accept them after the official ending date.

That’s the ‘what’ of my policy, but let me say a little more about the ‘why.’ Part of it is to make the syllabus itself and overall feel of the course come across as more inviting, a goal that’s always important but is especially so right now, in a time when so many students are feeling overwhelmed, disconnected, and afraid. It’s a concrete way to make clear that this class is about them and their learning, not me and my policies.

I’ve also noted that during this pandemic, excuses and exceptions necessarily function differently, or at least they should. It’s critically important that we don’t set up incentives that tempt students to come to class, or do anything else that might lead them out of their rooms, in cases where they’re feeling “just a little bit sick.” If they’re well, students are probably busy helping each other, and helping their sick relatives, and running Zoom school for their own kids, and picking up extra work shifts if they possibly can. All of this figures in as we all try to maintain a space where students can keep moving forward under truly rotten circumstances.

Entirely aside from the pandemic, this change also grows out my disenchantment with the idea of contaminating grades with what is, to me, an aspect of the work that is completely separate from performance. As a psychologist, I’m admittedly more obsessed than most with the measurement function of grades. But surely most of us can see the logical problem with combining timing and quality of work in a single number. At the very least, it means that when I’m going back and re-evaluating course grades, as when writing a letter of recommendation, I have to stop and check – did that grade reflect the actual content of the paper or exam, or was there a late penalty factored in as well?

And lastly, there is the purely selfish benefit of not dealing with as much slapdash, overcaffeinated panic work. As I tell my students when I (slowly, repeatedly) explain the system, I’d rather spend my time reading and commenting on their best work, even if it ends up in the grading box a little bit later. Who knows – it might even save me the time and stress of dealing with academic dishonesty, because students are the most tempted to cheat when they feel backed into a corner and out of options.

I am not the first person to hit upon this idea. In 2016, Ellen Boucher, writing for the Chronicle of Higher Education, talked about the ways in which ballooning penalties and rigid policies contribute to the disappearance of students. Instead of tough love, struggling students need communication and support in making a catch-up plan. Boucher observes:

“The conventional wisdom has long been that punishing students for missing deadlines is good for them. Deadlines force students to prioritize their academic work over more frivolous commitments and serve to teach them valuable time-management skills.

Trouble is, that assumes most students are irresponsible or lazy rather than overwhelmed or struggling. It also ignores the fact that most working professionals — including professors — learn early on to distinguish between “hard” and “soft” deadlines, between the grant proposal that must be submitted on time and the book review that can be shelved for a week or two.”

She also points out the difference between the theory of what strict policies do, and the reality:

“The problem with a rigid policy on lateness is that it compounds students’ stress at a time when they are already overwhelmed. It’s tailor-made to produce the sort of behavior that has frustrated professors for generations: shoddy work (submitted just to get something in), panicked cheating, or disappearing students (from the course, or worse, from the university altogether).”

It’s almost prescient, in that “overwhelmed” is pretty much the standard state of affairs for all of us in higher education today. So what better time than now to try it and see what happens?

As with any big change, there are risks. I’ve learned, for example, that it’s still important to check in with students who are missing big chunks of work, even if they aren’t losing points as they do so. In theory, falling behind should be less anxiety-inducing – and therefore less procrastination-inducing – when there aren’t compounding penalties. But the work still does have to get done, and I’m still concerned about students ending up so behind that they can’t really catch up. In practice, I haven’t had this happen that frequently, at least not yet – but if it does I’ll have to find a way to build in more safeguards going forward.

I’ve also wondered whether over the longer term, I’m setting myself up for some kind of combination arms race/tragedy of the commons dynamic, where students are consistently sacrificing my assignments for those of for other professors with more rigid policies. It’s possible. However, I think that the tradeoff is that while my assignments probably will come in later than other instructors’, they’ll be more likely to come in at all. And given that the entire purpose of those assignments is to reinforce the knowledge and skills students are supposed to be developing, I still come out ahead.

There are some additional demands on me to field all of those timely communications I’ve asked students to send me; my email box is getting a workout for sure right now, as the first wave of negotiable-deadlines is hitting. Then again, it’s not like my inbox was empty before, and I’d rather be handling these issues now, rather than at the end of the semester when it really is too late to address the problem. I think we all know that even when there is a policy laid out in the syllabus, some students will still ask for exceptions, either out of sheer chutzpah or (more likely) because they’ve hit a truly unforeseen situation that warrants it. I’d rather systematize that process and give everyone the same shot at getting the extra time they need.

Should we faculty be looking at other enforcement mechanisms that don’t involve grades? Are there other creative ways we could be incentivizing on-time work, rather than just making all deadlines flexible? Perhaps, and I’m eager to see what other people have come up with along those lines. One very light-touch incentive I use is telling students that I grade assignments in the order they are received. It’s a nice perk for those students who are able to work ahead of schedule (or need to, because they’re planning around other big projects due after mine).

So there you have it – one concrete change to my teaching, catalyzed by the pandemic but sustained by the good results I’m having so far. It’s not the only thing I’ll keep, but it is one big thing, and I hope that as more faculty engage in similar experiments we’ll talk more about why and how we assign the grades that we do.