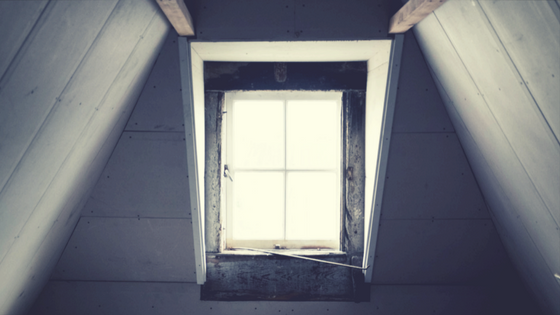 Failure’s fifteen minutes, and my own lesson learned

Failure is having a bit of a moment. It’s making the rounds as a theme of TED talks, articles for corporate types and other miscellany that fills up our feeds. Failure’s success probably reflects the novelty of breaking a (light) taboo in public; we’re supposed to feel encouraged, because we’re not alone, and be inspired to persist past obstacles, toward the success that lies just on the other side.

Failure has taken off in the teaching and learning community, as well. The wonderful Teaching in Higher Ed podcast chose this as its theme for its 100th episode, yielding a charming collection of instructive and inspiring stories (mine included, although I’m not as sure about the charming part). Stories of teaching failures are almost guaranteed to be good, given that teaching provides so many ways to fail, publicly and sometimes pretty hilariously. Because teaching takes so long to master, and because being a teaching master means constantly trying new things, it’s particularly important to be able to learn by failing, as well.

So it was timely when Wisconsin’s Distance Teaching and Learning conference chose this as its theme for the final panel discussion. I had the opportunity to participate, which entailed picking an instructive and  – hopefully –  engaging anecdote about failure that informed our teaching practice.

I’ve got no shortage of fiascos to pick from; my checkered present as a part time administrator with feet in different departments means that I teach new classes all the time, thus improvisation and experimentation isn’t really optional. It follows that I get my butt handed to me on a regular basis by my students, who are – as always – the strongest and surest force pushing us to get better at what we do.

In preparation, I started mentally rifling through that rich personal trove of classroom awkwardness, but in the end I decided to take a different tack, one that went further back into my own past and dug into a different side of the emotions that go into teaching and learning. It wasn’t in that same lighter vein of classroom mishap turned teachable moment, but DT&L’s folks indulged me, and I was glad to have the opportunity to contribute it. I’d also like to share it here.

The failure that marked me the most as a student, and ultimately as a teacher, happened when I was fourteen. The year before, I’d joined a giant, still-ongoing educational experiment called the Talent Identification Program, TIP for short. TIP tested seventh-graders en masse, offering high scorers the opportunity to participate in enriched education of various kinds, most notably whole courses that were supposed to be roughly on a college level.

I’d later attend TIP’s in-person summer programs, an experience that profoundly changed my life, opening up intellectual frontiers I didn’t know existed and pushing me to build skills that opened many doors later on.

But before that, I was a part of another early attempt at enrichment, their distance education courses. In my case: Latin by Mail, circa 1982.

I don’t doubt that these courses were designed according to the best understanding of learning that they had at the time, and were certainly welcome for kids like me who were in more rural and under-resourced areas, places where something like Latin would never be available in the schools. But they were challenging, and didn’t resemble the kinds of designs we use now. The core of the curriculum, as I recall, was a college level textbook, coupled with a stack of worksheets. For pronunciation, we were supposed to listen to cassette tapes where some poor soul – a grad student? – intoned various Latin phrases, over and over.

It was all well intended and something I was excited to tackle, initially. But feedback was a huge issue; it took several weeks just to get back my graded worksheets. And after the first few, those graded sheets became something to dread, because I’d missed a couple of key concepts that trainwrecked everything I tried to do from that point on.

This slow feedback loop, creating a tidal flow of worksheets seemingly saturated in red ink, was coupled with my inability to figure out how to get timely, expert help. That led to procrastination, so that now I was not only messing up the work, but behind as well.

I remember the days going by with more and more of that sick feeling of dread pulling me down. One day, my mom asked in passing how Latin was going, and I broke down in tears, all of my guilt and stress pouring out as I told her how sorry I was to have let everybody down.

My mom, in her own matter of fact way, demanded to see what exactly the materials consisted of so that we could make a plan. When I showed her, she reacted flatly, “That’s a college textbook. There’s no way an eighth grader could just pick that up and plow through it. NO ONE could succeed at this. Forget about the course, don’t worry about it for another minute, and I’m sorry they put you through that.”

Technically, that wasn’t true, because other students had succeeded. But having someone else tell me that it wasn’t all me, but the setup of the class that was contributing to my distress, was just the reassurance that I needed, and I recovered.

So Latin was a failure, but here is what I gained from it, something that became central to my approach thirty years later now that I’m deeply involved in online and distance learning:

I never want any student of mine to feel the way I did back then.

Once that cycle of anxiety, missing pieces, and procrastination takes hold, it is very difficult to come back from. So I try to design courses that offer lots of early opportunity to correct misunderstandings, and to give feedback that isn’t just evaluative but that offers encouragement and actionable information as well.

It’s far from perfect; like most teachers, I know that too many of my students don’t get all they could from my classes, and not all will earn good or even passing grades. But no matter the stumbles they make, they always, always have a path leading back to success.

Maya Angelou said that people will forget what you say, and will forget what you did, but they never forget the way you made them feel. That’s a core tenet of my teaching today, one built on that deep memory of how I felt as a lost and isolated student. I can attest that that memory  never really goes away.

I believe that the final responsibility for learning rests on each individual student, and we can’t force the proverbial horse to drink. But we can remind ourselves to teach from a place of compassion, reinforced by design features that create a safe and motivating atmosphere for learning. I have to revisit that lesson every semester I go in, but failing that time, hard and painfully, moves me to keep trying.