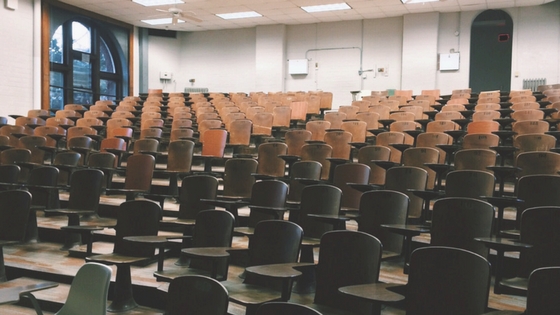 We talk a lot about making teaching and learning easier. What happens when it’s harder?

One of the more useful concepts to come along from the literature on cognition and learning is this: desirable difficulty. The idea, wonderfully encapsulated in the name itself, is that the effortful processing we do, rather than setting us back, actually helps promote the formation of new knowledge.

We see this play out in the increasingly well-known retrieval practice effect, by which racking your brain to answer questions about material, even material you don’t know very well, puts that information on a fast track to memory. And it’s also adjacent to established ideas like depth of processing, in which thinking intensively about material in terms of its meaning promotes retention better than skimming along focused on the superficial stuff.

To me, the idea that obstacles and barriers can sometimes be a good thing fits with our inborn teachers’ intuition. Even if we don’t subscribe to the semi-sadistic philosophy of “no pain, no gain,” we probably believe, on some level, that learning runs on the principle of “no effort, no gain.”

It’s easy to prescribe this philosophy to students. And who doesn’t get a little bit of satisfaction from explaining to our students that when they are stuck and struggling, they’re doing the hard work that leads to learning?

But what about ourselves? Do barriers and obstacles help us become better teachers?

I’m certainly grappling with a difficulty of my own right now, and I’m wondering what the impact is on my teaching. I wish I could say it has to do with a noble academic pursuit of one kind or another, but no.  It’s as mundane as can be: I’ve got a broken metacarpal in my (fortunately non-dominant) hand.

This is truly minor as physical challenges go, and should be resolved in a matter of weeks. But for now, it means that keyboarding is slow, and painstaking, and of course for an academic like me, this slowdown feels catastrophic.

Speech to text dictation is the first technological fix that I tried to help me get through it. I’m composing this post using it right now. Dictation feels quite alien, and is not nearly as fast as you would assume, but for something like this post, it’s workable.

Student interactions are another matter. Grading papers, something I haven’t done via hand writing in many years, doesn’t lend itself well to dictation. I attempted it, though, using speech to text to enter comments into my learning management system’s grading interface. I wonder, was my feedback any more natural, any more economical, done in this unfamiliar verbal fashion? Was it in any way a good thing for me to have to think so deliberately, not just about the content, but also about the process?

What I really wanted to try was recording short web cam videos with my feedback. Given that what I was grading was not formal end of semester term projects but rather ideas for those projects, I thought it would be a good fit to just talk to my students about their ideas, expressing what I liked and where they could improve.

It was a fun idea, and one I’d like to try someday. The reason why I didn’t? Another completely mundane barrier: my learning management system wouldn’t support it.  Of course you can embed all kinds of videos and other media elsewhere in the system, but the grading interface has no easy and direct way to do so.

Given more time, I could’ve experimented with workarounds, such as trying to record the comments separately and then upload them one at a time. But especially with my overall productivity falling farther and farther behind, I reluctantly gave up on my little experiment.

So the video grading idea was a bust, but it got me thinking about a similar experiment that worked out a lot better, and ended up altering the course of my development as a teacher.

When I started teaching full time nearly 20 years ago(!), like most of us, I built my courses around lecture. I I had planned to spend the day in my cognitive psychology course presenting a lecture on problem-solving, and had prepared a set of interactive demonstrations to help spice things up.

But then I ran into the lecturer’s worst-case scenario: laryngitis. How could I teach without talking? Improvising, I built up and extended that set of demonstrations so that they could stand alone as set of small group activities. The idea was that students would practice problems and play games that directly illustrated concepts from the chapter.

Nervously, I came into class and put a set of written instructions on the pad camera, informing students that their instructor couldn’t talk that day but we had a set of activities, described on the handouts, that would make the class day worthwhile.

And of course, the hour flashed by, with students engaged and working in a new way to better understand how we actually solve problems. As you’ve probably guessed by now, this is how I continued to teach the problem-solving section of this course. And while not all of the other topics lend themselves to this exact same approach, for almost every one I now include some kind of interactive in-class activity.

I think that most experienced teachers have some kind of story like this in their backgrounds, in which an obstacle or some other curve ball pushes them to try something new. Even teaching a course that turns out to be a lot bigger or a lot smaller than you expected can make you rethink and refresh what you do.

Not all difficulties are desirable of course; in fact, I’m wrestling with just such an undesirable difficulty right now.  This semester I took over an upper division course, one I hadn’t taught for a very long time. I wasn’t feeling that nervous about it, especially since, to my relief, the prior instructor had been using the same textbook that I used to. Coasting towards what I assumed would be an easy reentry into the course, I put in the textbook order, sat back and waited for it to come in.

Perilously close to the beginning of the semester, I learned this book was actually out of print, and trying to scrape together enough copies for my students would’ve been a disaster. So, I frantically surveyed the offerings in this specialized subject area, settling on a book that appealed to me but that in retrospect, I didn’t scrutinize enough from the student perspective.

Well, this book is now a difficulty. I love its narrative style and strong, opinionated point of view, but my students find it dense, overly technical, and just a bad fit for their interests and background. Each week is now something of a slog in which I try to pull out the important points in the textbook, and the students try to follow along, with mixed success.

These students are pretty advanced in their psychology education, so this difficulty is, if not exactly desirable, not a terrible thing. Grappling with a research intensive, technical book that’s a bit over their heads is probably just what they need right about now.

But for me, teaching out of a new book that I’m no longer wild about is not helping me be a better teacher. It’s a constant resource drain, one that leaves me less prepared than I would like to be each class day, and with less time and energy left over for other things that might help my students.  Maybe I’ll look back on this as something that somehow pushed me to develop strengths or skills.  More likely though, I’ll have to write it up as a net loss.

Thinking back to desirable difficulties as they relate to our students, I think the jury is still out with respect to how much we should be doing for them, and how much is too much. Scaffolding and supporting student learning is an emphasis in contemporary discussions about pedagogy and higher education in general, and this touches off a fair amount of debate. Some say that in shielding students from difficulty we are also depriving them of opportunities to develop. These criticisms probably have some truth to them, but I think it’s generally preferable to err on the side of clearing the path, not putting things in the way.

For teachers, I think the concept of desirable difficulties is yet another source of insight we can use to refine our practice. I’m trying my best to use the challenges in front of me as a push to keep developing.

What about you?  Are there barriers, difficulties, bumps in the road that have made you a better teacher?