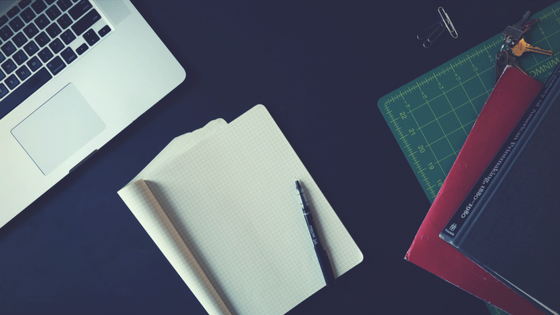 Student effort: Taboo, a third rail, or something we need to be talking about?

I work in public higher education, where cost-quality tradeoffs have become a more-or-less permanent feature of the landscape. Granted, the financial pressures within higher ed are nowhere near the ever-worsening straits that K-12 seems to be in, and I do work in Arizona, where wrangling over budget priorities is on the more robust side of average.

But some engagement with this issue is unavoidable for higher ed leaders.  Some have termed it an “iron triangle” of cost, quality, and access (here is one example ), with the idea being that beefing up any one necessarily diminishes the others.

Of course, setting up a supposedly unbreakable schema invites everyone to try to break it. In the case of the iron triangle, this means finding the technique or tool that will let us offer affordable learning to more students, and a more diverse range of students, while simultaneously keeping up standards.

Technology is what I hear leaders grab onto most frequently as the ticket out of the triangle, and we’ll revisit that later on in this post. However, I think there’s another way out that we don’t discuss nearly as often as we should, not because we’re unaware of it but because it’s oddly taboo: student effort.

Like a lot of taboo subjects, student effort resonates pretty deep within the psyche, particularly the psyches of faculty who work on the front lines of foundational, gateway classes.

When faculty talk about the difficulties of teaching, student effort – in the form of time spent, willingness to engage in demanding cognitive processes, and a general sense of dedication to learning – is what they bemoan the most. And this goes well beyond the tired kids-these-days grousing that goes back to the time of Plato.  Unfortunately, there does seem to be some real basis for the idea that effort is eroding; the most glaring, I think, is the time use statistic cited in the book Academically Adrift, showing a steady downward trend in time spent studying that stretches not just over the last few years, but several decades.

The problem is only accentuated when online education comes into the mix. Technology can introduce some efficiencies in learning, but in no way is it going to create effortless learning.  And especially in the case of blended or fully online courses, students need more motivation, not less, in order to succeed.

Seen in that light, it’s doubly concerning that “convenience” (code for “easy?”) is so often foregrounded in marketing for online education. It’s more obvious for the for-profits, but I think the perception of online as somehow less rigorous bleeds over into student expectations for the rest of us. Of course, “easy” may not be what we mean when we say “flexible,” “convenient” or anything like that – it’s reasonable to say that we’re still asking the same amount of effort, just distributed in alternative ways – but “easy” is what students may hear. Considering the amount of self-motivation that you need to complete online work, often wedged in among job, family and other commitments, this implicit expectation could be disastrous.

Regardless of whether we’re working primarily with online, face-to-face, or blended learning, we’re operating in a mode of doing more with less. When we are attempting to teach more students, with fewer resources, to a higher level than ever before, this means students need to step up what they put in. So what would this stepped-up investment look like?

Some instructors are experimenting with ways to make students accountable for self-remediation of weaker skills and increased active practice. Emporium-style methods for teaching foundational math are perhaps the most intensive attempt to do this. In an emporium, students don’t get to sit back and watch somebody else do the work, or slide through the parts they’re not getting; they have to practice all the way through and demonstrate some form of mastery in order to finish.

We see this idea as well in assignments that go beyond the traditional unstructured, “read chapter 5 for Monday” approach: pre-reading quizzes, structured critical reading activities, discussion board assignments and so forth. Used properly, these aren’t busywork, but rather, ways of pushing students to engage in the kind of productive effort that leads to success.

Beyond these specific design features and assignments, there are other ways we can be conscious of the effort issue. We can be mindful of the ways in which we project impressions about the time and effort a class is going to take, which can in turn shape student intentions as they plan to work the course into everything else they have to do.

Once, I groused to my NAU colleague Rebecca Campbell  about where students got the idea that they could work 20+ hours a week, do extracurriculars and successfully handle a full courseload at the same time. She retorted, “Who told them they could do that? We did.”

Of course, no one says this straight out, but as she explained to me, we imply it when we make our courses so undemanding at the beginning of the semester that students figure they won’t need to set aside much time in order to get through. Other commitments pile up, and then, when things start getting demanding around midsemester, there is no way to get back on track.

First impressions are more important than we realize. When we give out a syllabus on the first day and let class out early, that’s more than just a waste of 45 minutes or so – it telegraphs to students what the rest of the course is going to be like, and especially for the less-experienced students, such a false first impression can really trip them up.

In the First Year Learning Initiative, one of the hard and fast requirements is that you have to have some kind of graded work due within the first two weeks (of a traditional 15-week semester). Many participants do us one better on this requirement, asking for homework or some kind of assessment in the first week, or – for one bold instructor I know – expecting students to turn something in the very first day. Of course, these are all super-low-stakes assignments, and you have to make arrangements for those who add or switch sections in the game of musical chairs that is early semester enrollment. But as one who’s tried it, I can tell you that it changes the classroom atmosphere quite a bit, and for the better.

There are other ways to foreground time and effort. My colleague Liz Brauer did this when she started grading student homework on the basis of speed as well as accuracy. This time, the issue wasn’t so much getting students to spend more time, but rather, to push them toward practicing some basic skills (in beginning electrical engineering) so that they would be well established before students moved on to more complex material. She also set up the assignment to be infinitely repeatable (with different, randomly generated specific numbers plugged in on each attempt), another powerful technique. Rather than just telling students that lots of practice leads to success (as opposed to talent or luck), this kind of assignment shows them that principle in action.

And lastly, there’s the matter of simply using more of the learning analytics that get generated as students work in an LMS or other online tool. Learning analytics are a buzzword, of course, but I continue to shake my head at the disconnect between the enthusiasm around the idea of them and the incidence of faculty actually using them in effective ways. The disconnect has nothing to do with lack of familiarity with technology, or any express opposition to using it. Rather, it connects back to faculty realizing the ways that these analytics do fit into an issue we all care about, such as student effort, and building some new teaching routines that take analytics into account.

I heard an excellent example of this principle from a language professor at University of Texas El Paso. She explained that because many of the “language lab” activities in the course were done through the learning management system, it was easy to pull up how much time students spent on each assignment. Instructors had started to consult these time data whenever they met with with a student; excessively short or excessively long times helped instructors figure out what was amiss and prescribe solutions. It’s simple, so much so that I doubt any of these instructors would have described themselves as adept users of learning analytics, but it’s the start of a more data-driven, effort-focused approach to guiding learning.

An honest conversation about student effort shouldn’t come off as  student-bashing, or even an implication that students these days are lazy. Student hours spent studying have declined, yes, but we see more who are carrying heavy part-time – or even full-time – loads of paid work on top of coursework.

I had one student in my research lab, for example, who worked overnight at an inpatient facility most weeknights. She sat up supervising patients and doing homework during odd bits of downtime, then headed off to school at sunrise. I’m not sure how she managed to pull this off week after week, but she did, and I got the sense that she didn’t see herself as as particularly unusual among her peers.

So at least in the environment I teach in, the issue isn’t that students are whiling away hours doing nothing, but rather, an imbalance of hours spent on productive academic effort versus everything else, coupled with unrealistic expectations about what they can accomplish in a finite workweek.

Nor is an effort-mindset a reason to excuse faculty for poor design, or let them off the hook when students persistently fail to succeed. Ultimately students do make their own choices about what they will invest, and these choices determine their success. Our job is to elicit as much effort as we can and direct that effort in the most productive ways possible. It is up to us to figure out what the highest-payoff activities are going to be, select the most-critical content, and then motivate students to put everything possible towards those aims.

It’s a different approach than blaming professors for all student failure, but it’s not simply resigning ourselves to that failure. In the “iron triangle” setting that many of us are in today, we need to credit those instructors who have caught on to an effort mindset, while cultivating those who haven’t. Technology is great, better instructional design is wonderful – but nothing comes for free, and lean times mean students have to make up the difference.