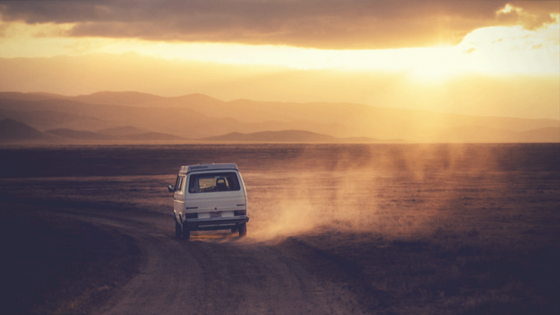 Baby steps toward better endings: Ringing out the semester with grace

When I write about classroom atmosphere, it’s usually about ways to open the semester strong: setting high standards and an expectation that the class will be challenging, getting feedback out to students as soon as practical. But as we all know, the end of the semester is also a critical time. Students’ energy is low and their tempers are short. Ours is too. And so, during the last couple of weeks, it’s easy for class to turn into a slog that we all just want to get over and done.

Lightening the mood is tough for me, because I am not Miss Spontaneity when it comes to my classes. My style isn’t severe, exactly, but it is pretty scripted and planned. But one of the oldest lessons we learn as teachers is when to forget the script  and focus on what’s going on in front of us. It’s something I drill into my graduate teaching students: Prepare like crazy, then be ready to set the preparation aside.

This past week, I was reminded of this in a way that really touched me. I teach a one-credit enrichment class on “maximizing brain power” for University College; it’s part of a suite of courses geared to students who are struggling with academics or who just want to explore some options as they figure out a major and career path.  More so than even our typical student population, these students are maxed out during the deadly home stretch between Thanksgiving and finals.

In this home stretch time, one of the things I assign is for students to devise an activity or assignment for future students in the class, with the promise that I might actually adopt some of these suggestions. This promise is no sham: We’ve only been offering these classes for a few semesters now, and so we are still frantically revising the classes from one term to the next, mining all the student feedback we can get for ideas.

So in class, we were set to (once again) go around and have each small group report out on the best of the ideas they had come up with. A student got to his feet and said, “We ought to have a nature walk, and when we get there, we should have a guided meditation.”

What he did not know was that back in 2008, a power team of cognitive scientists published a project on this very subject, demonstrating that nature walks – or even exposure to nature imagery – boosts cognitive processing, especially in the all-important realm of attention.

I’d wanted to experiment with this for awhile, but never could get over my hangups about the planning – would some students have accessibility concerns? What about the midday Flagstaff sun pounding down on us? Is there a university policy on this? Would I need waivers?

Meanwhile, students started pressing me: We should do this right now! There are plenty of places to go. We’d have group bonding. It would be fun! We are so, so stressed.

And so I said, You’re on. Figure out a place, lead us there and let’s do it.

After some group back and forth, we ended up on a patch of grass not too far from the building – not, perhaps, the type of setting that those cognitive researchers had in mind, but good enough. I turned it over to the student who had proposed the whole thing; he proceeded to have us circle up on the grass, close our eyes and breathe.

Then, he delivered a sweet and heartfelt guided meditation on how given all that is going on in the world, the things that we stress about are really not that significant. We should focus on being thankful, and take each thing as it comes. He nailed it, I dismissed class, and I know that everyone left a little happier than they came in.

Now, taking your class outside is one of the oldest and most clichéd ways to perk up a sagging bunch of students. But it’s not really about that. Rather, it’s that I spotted, and for once grabbed, an opportunity to step out of the end-of-semester slog. And for that time, a student who might not normally be in the spotlight stepped up to be a leader.

It was a transition moment too, one that I had deliberately planned for all along: the transition from me telling them ways to cope and study better, to them doing it. In other words: privileging doing over listening to someone else talk about doing.

For me – not Miss Spontaneity, remember – bagging my planned group work activity and handing it all over to a student was a big step. Your steps are different, but all of us have to do something to take the last time we have with our students and make it count.

What do you do to ring out the semester on a note of energy,  pride and grace?