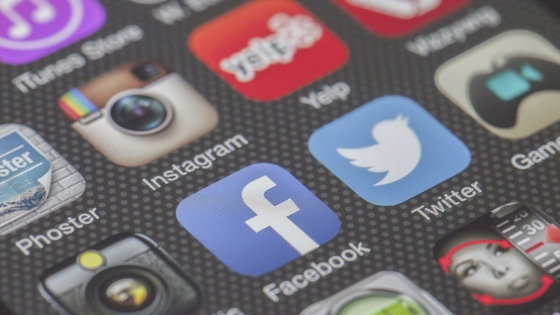 Facebook’s hold on middle-aged lives, and other reflections on my spring break social media shutdown

About a month ago, I wrote about a social media break I was taking as part of my Technology, Mind, and Brain seminar. I’ve now wrapped up that experiment, and am looking back on what it was like and what it told me.

To recap, I’d deactivated my Facebook account and resolved to stay off of any non-work-related social media. I didn’t set a specific time frame or end date for the break, and that became part of the discussion I had in class with my students– how long they thought I ought to set as a goal, and how long they predicted I’d be able to hold out.

This sort of break is something journalists like to write about in articles about personal technology . It’s also something that my students try out themselves as part of the reflection and journaling I ask them to do in the course.

In the end, my Facebook break lasted all of one week, which is a lot less than my students challenged me to do, but longer than they predicted I’d be able to hold out.

Why only a week? It wasn’t really the addiction factor (honest), but mostly because of how much this particular platform now powers the planning and communication I do in my personal life.

This is something I knew on some level, but hit home once I tried to excise this kind of social media use from my life. Particularly because my Facebook break coincided with spring break, I was arranging a slew of meetups, coffee dates, and visits, which meant getting in touch with people quickly and without putting more stuff in their (hopefully quiescent) work inboxes.

In particular, there was one person, a high school friend whom I had connected with on social media but hadn’t seen in person for around thirty years. As it turned out, our family ski trip happened to be in the town my friend now lives in, and Facebook was really the only practical way to let her know this in time for us to set up a time to see each other. So in the end, that’s what caused me to throw in the towel – it was just too hard, and a little bit weird, to try to track her down some other way.

And I think this sums up a lot of what Facebook does for middle-aged people, which is different than what it does for our traditional-aged college students.  By the time you hit a certain stage of life, you’ve accumulated a ton of longstanding social connections – friends, relatives, former colleagues and coworkers – who are spread out over time and space but who are still a part of your life’s narrative.

Of course we can keep our networks humming along in other ways – Christmas cards, catching-up emails, phone calls and so on. But social media is basically perfect for this one purpose. This is because of its ability to set up a low-key and non-intrusive channel of communication combined with the (perhaps too-perfect) capability for finding and hanging onto people through cross-country moves, name changes, new email accounts and everything else that happens in the course of a long life.

So thanks to Facebook, the reunion with my old friend happened – in person, face-to-face, just like the original relationship we’d forged as teenagers decades ago.

As it turned out, she was also hosting some other friends of hers from college. We enjoyed getting to know each other, and so as the night ended, we had that conversation about how we ought to stay in touch. How? Well…we all shuffled uncomfortably, and had the conversation that so many people do now – isn’t social media awful? I deleted it off my phone – oh, you too? I try to stay off of it except for work. But then, conceding that we were in no way able to get rid of it completely, we agreed to connect there, in that space.

This all reminded me of how my students are a lot more critical of their parents’ social media addictions than their own, something that I think goes deeper than mere lack of self-awareness.  That’s not to say that these young adults are immune to the problem; in the journals and reflections they write they’re quite upfront about wanting to be smarter about how they use their technology. But they seem a lot more able to get tough in this one area compared to at least their perceptions of their parents, whom they describe as being constantly hooked into social media and other distractions like work email and instant messaging.

In the Technology, Mind, and Brain class, we’ve now read quite a few articles looking at the reasons why social media has pernicious effects on everything from sleep to self-esteem, and some of the results are surprising. Fear of missing out, for example, seems to be a major driving factor that causes not just excess late-night use that cuts into sleep time, but also mental entanglement that keeps you awake even when your phone is off.

Another thing we’ve discovered through this reading is just how much of the existing research on social media focuses on young people – adolescents, teenagers, and emerging adults. This may be partly because of the well-documented fact that young college students are a convenient population to sample from (thanks, Psychology 101 research requirement!), and partly because of the quite reasonable wish to offer appropriate guidance to vulnerable individuals whose social and intellectual development are very much a work in progress.

This all makes sense, but middle-aged people are people too, and I’d like to see more work from mainstream researchers that is age-inclusive, and adds to what we understand about the dynamics that drive all adults to use technology in the ways that we do.

So were there any benefits at all to my little break? What about the endless vistas of free time that digital detoxing would open up? What about the sense of relief, calm, and mental clarity that are supposed to happen?

This part was a mixed bag. I did find myself putting less time into purposeless scrolling, but I was also surprised at how much more time I spent on Twitter. Avoiding Facebook probably yielded a net gain in time freed up, but it was by no means a straight trade from Facebook time into other, intentional activities. One benefit I did see was a bit more time spent reading books, something that I do a fair amount of already but never as much as I really want. Fortunately, for whatever reason, I didn’t end up watching more television, even though in general that probably comes out of the same bucket of time as recreational internet use.

It did remind me that we all need breaks throughout our days, and the best we can do is to try to have fewer fake breaks and more real ones. We’re people, not machines, and I’m coming to the realization that there are limits to how much reclaimed social media time I can realistically funnel back into work, or if not work, the kind of virtuous and planful activities that we envision happening if we could only get away from our digital addictions.

Although my digital detox was underwhelming in the end, I wouldn’t classify social media breaks as a passing fad, and I completely support continued public scrutiny of the world-eating ambitions and questionable ethics of the social media corporations themselves. But I’ll note that others are starting to question the idea that social media fasts produce automatic benefits, especially without some idea of exactly what we hope to get out of them.

I don’t think Twitter is making me superficial and mean. I don’t think Google is making me stupid. And Facebook is not ruining my life. But even so, breaks are good, and reflective, purposeful ones are definitely the best of all.