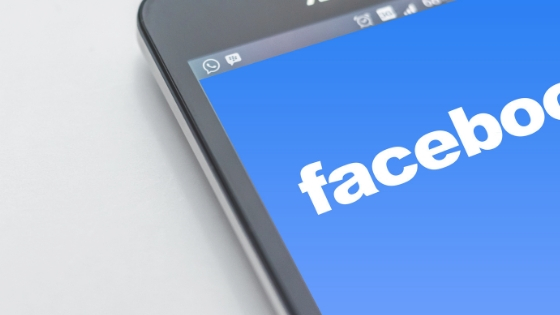 “Congratulations, Michelle!” it started, with the kind of chipper over-familiarity I usually associate with telemarketers and junk email.

“It’s your ten-year Friendaversary. On this date in 2009, you joined Facebook!”

And what a long, strange, ten years it’s been. Like lots of users, I’m both acutely aware of what this particular online activity costs (in time, attention, emotional energy), and how seamlessly it’s worked itself into everyday life.

I’ll indulge in a smidgen of self-congratulation here and point out that within days of joining, I predicted that Facebook would make giant inroads into our lives and minds. I grabbed more than one academic colleague by their figurative lapels and said – you have to check this out. It’s social psychology on steroids. This is going to change everything.

Some of my thoughts about social media made it into the book Minds Online, which came out in 2014 and was mostly written between summer 2012 and fall 2013.

In the section on Facebook I wrote as part of Chapter 3: The Psychology of Computing, I talked about the unique qualities of this medium, including the ability to amplify personality quirks and communicational styles, and more ominously, to spread conflict like wildfire.

In the end, I concluded that while Facebook didn’t cause the dire consequences that some people were claiming at the time (narcissistic personality disorder, disconnection from real-world social life), it was something that teachers ought to use only with caution and a healthy respect for students’ right to opt out.

That section cited a decent number of sources from psychological sciences, but looking back on it now, I’m struck by how that research area has evolved in the few short years since the book came out. Back then, there was a bit of a giggle factor attached to research on social media, and really ambitious, top-quality studies were still relatively uncommon.

Since then, scholarship in the area has exploded, producing an abundance of articles – including some rigorously researched ones – on the psychology of Facebook and similar platforms. Especially impressive is the number of new sub-areas researchers are exploring, everything from the psychology of selfies to impacts of social media on sleep to psychological characteristics associated with using different social media platforms.

A lot has changed on the social media research scene, but a few things remain the same. The nuances are still there, with the overall picture being that the psychological impacts are neither uniformly good or uniformly bad. There are some additional cautions that the early research hadn’t yet uncovered, including links to depression and anxiety that, while not conclusive, are worth keeping an eye on. And in general, the literature still supports the conclusion that out of all the vast number of things that people have ever figured out how to do with computers, social media is somehow special, essentially unique in its power to captivate and deeply affect us.

I’m revisiting that research now because we’re about to tackle the social media unit in my Technology, Mind, and Brain course. This class is a small, intensive senior capstone seminar, one that I always look forward to teaching and one that gives me a window into what traditional-aged college students really think about technology.

As I also wrote about in Minds Online, popular notions of young adults and tech are dominated by one-dimensional stereotypes and the idea that they universally, uncritically adore their devices. This bothers me a lot. The students I’ve talked to about the subject – and I’ve talked to many – in no way take technology for granted or look at it through rose-colored glasses.

On the contrary, they’re acutely aware of the impacts it has on their lives and well-being, and on human society at large. They know about the pitfalls of social media; they realize that digital distraction is counterproductive and even dangerous. Some moderate their usage fairly drastically, like one group of twentysomethings who told me about their pact to stash their phones on a group vacation, relying instead on old-school disposable cameras to commemorate the trip.

So with the social media topic in particular, I come at the topic not from the perspective of preaching abstinence, but with a focus on the best science we currently have. And I also come at it from the perspective of someone who is (a lot) older, but who still lives in the same tech-saturated world as my students do, wrestling with many of the same frustrations as I try to find the right balance between forsaking technology and being in its thrall.

This is particularly important since I have to say, I do like my social media. A lot. I wouldn’t say my usage is at a system-blinking-red level, but a bigger chunk than I would like of those ten Faceaversary-commemorated years has been sucked up by feed-scrolling and post-liking. This affinity actually predates my Facebook days – I think I once counted up that I was on five other social media platforms (RIP, Friendster!) before I ever set my virtual foot there.

And while I don’t think I’ve experienced the more toxic effects of envy and social comparison wrought by social media, I have felt the sting of a dismissive comment from time to time, and I’ve been pulled into my share of uncomfortable or upsetting exchanges. Feelings get hurt online, and although I think we middle-aged people have developed some coping skills that younger ones haven’t, I have to admit feeling like a rejected teenager – or an angry one, or a jealous one – a few times in my middle-aged Facebook life.

With all this mind, I decided that this week would be an excellent time to try a solid break from this particular platform. This isn’t the first Facebook breather I’ve had; it’s something I do a softer version of each year, usually in the summer when I want to be more focused on family vacations, seeing friends in person, and reflecting about the year to come. But to make this a harder bargain, this time around I deactivated the account altogether.

To be clear, this won’t be a full-scale digital rehab project like the one described in the recent New York Times article Do Not Disturb: How I Ditched my Phone and Unbroke my Brain. Like most popular articles about mobile technology, it’s not that grounded in the science (check this article out if you’d like to see an evidence-based, comprehensive treatment of the impact of smartphones). But it’s surprisingly fresh and helpful, and ends on a balanced note, recognizing that the author (a tech writer, after all) does need to have some digital connection in order to get his work done, and that moderation is possible with a few time-tested techniques drawn from the psychology of intentional behavior change.

Nor does the project rest on the premise that my brain will somehow be recovering from physical changes wrought by my phone (or laptop, or anything else). I take issue with the idea that technology has some special and nefarious ability to rewire your brain, something I also discussed in Minds Online and in this article in The Conversation a few years ago. As we talk about in the Tech, Mind, and Brain seminar, a startling amount of the more alarmist media coverage is based on questionable science, and even well-designed studies on the subject are commonly over-interpreted, with the classic correlation-causation fallacy being a major reason why.

So here’s the plan. I’ll stay on Twitter, which makes sense given that I use it only professionally. My professional FB page will stay up, tended by my partner for as long as my main account is inactive. I’ve never been much of an Instagrammer, so I’ll leave that personal account open for now too but don’t plan to be on it.

Most importantly, I’ll be talking about the plan with my students later this afternoon. I may even give them a say in how long the break ought to last, or how I should document and reflect on the effects as I go along. I’ll definitely ask them to relate it to their own experiences and insights about their own social media usage, something that many of them are also moderating in a systematic way as part of the course.

In that way, this is also an opportunity to experiment with something else that I think a lot about: teaching that’s authentic, two-way, and grounded in human experiences that we and our students have in common. These young adults may be miles apart from me in terms of demographics, personal history, and lifestyle, but one thing I know from teaching this class is that technology is so entrenched in contemporary life that it touches all of us in some remarkably similar ways.

Have you tried anything like this? Tell me (on Twitter, of course) if so. How do you think it will turn out? I’ll report back in a few weeks and tell you what happened.