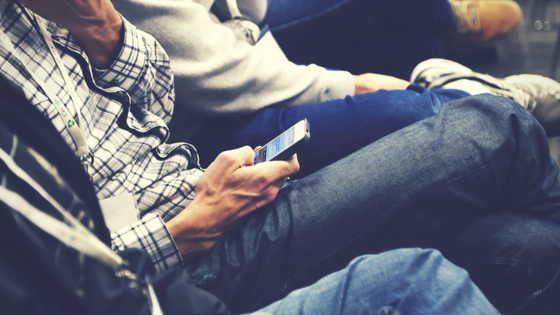 What is boredom – and can teachers do anything about it?

One of the favorite questions I have ever been asked about the psychology of learning was uncomfortably direct, and a bit taboo: What’s the role of boredom?

Yes, boredom, the B-word in teaching. We don’t want to think that our students experience the B-word on anything like a regular basis, but we know they do.  We also intuitively know that this state of affairs – besides eliciting that same dreaded word on our end-of-term evaluations – is not exactly conducive to learning. On a cognitive level, attention drives memory;  boredom is also the enemy of many worthy teaching goals  including student engagement, motivation and emotional connection to the course.

Clearly, this is an aspect of human psychology that we teachers should strive to understand and design for.  But boredom is one of those social phenomena that elicits an uncomfortable hot-potato game over who is really at fault.  Is it the teacher, for flat delivery and failing to spark student interest? Is it the students, for failing to put in the effort to sustain concentration, or for needing to be entertained like children at a birthday party?

Perhaps it’s the learning activities themselves – are lectures, say, just destined to be more boring than alternatives such as in-class project work? Finally,  proneness to boredom might just be a fixed personal characteristic, so that some of us have long attention spans and others, perhaps because we’re technology addicts or “digital natives,”  check out in seconds.

So when our students complain that something is “boring,” what’s really going on? If you ask them directly, many will punt and cite personal interest in the subject. But although the interest factor may be part of the problem, it’s probably just one factor among many; after all, most of us can think back to some course we’ve had that captivated us despite the fact that we had no intrinsic connection to the subject beforehand.  And in any case, inherent interest isn’t something we can easily address by tweaking the course design.  Students either have it or they don’t, and so for useful design principles, we should look to other factors more under our control.

Pacing is one thing that springs to mind. Especially in the case of material that plods along too slowly, boredom will happen, although audiences tend to disengage from rapid-fire delivery too.  But this factor too may be difficult to address in any systematic way given that there is no single standard for how fast is too fast; furthermore, it doesn’t apply to learning activities such as problem sets that are self-paced and yet can be deadly dull.

And unfortunately for fans of cutting-edge multimedia, there’s no one sensory modality or medium guaranteed to buffer boredom. This is not to say that zippy color graphics, audio, or video are bad; a substantial research literature, in fact, shows that when things like diagrams and animations are used in the right ways, they have powerful impacts on learning. But their mere presence isn’t enough to draw students into learning activities and keep them there.

We do tend to gravitate towards these emotional and sensory explanations for the B-word, but as in many things, there’s a surprisingly strong connection to cognition, which gives us new leads on how to address the problem. The study of attention is particularly fertile ground for getting a handle on how to promote attentiveness and engagement with our course designs.

That said, teachers should know that the term “attention span” is not one that attention researchers commonly use. More a popular than a scientific concept, the idea is that we have a quantifiable, more-or-less fixed amount of time that we can attend to something before our minds skip off to Distraction Land. This idea is often cited in context of discussing generational differences or talking about how technology or media cuts down on the length of time we can pay attention to something.  It’s an appealing idea, but if you take even a moment to think about it, you realize that far from being fixed, attention span is almost infinitely elastic. In a truly dull situation, we can be off in seconds, but people routinely sustain attention for an hour or more in a context such as a feature film, or perhaps even longer if we believe the tales of hard-core gamers who tear themselves away from daylong gaming binges only to address pressing biological needs.

But what about the specific context of paying attention in class? Isn’t it true that research shows that students pay attention for only the first ten minutes of class, then check out?  The ten-minute rule may be one of those findings that develops a following out of proportion to the actual evidence. It’s true that the classic book McKeachie’s Teaching Tips talks about it, and there may be some evidence for it in note-taking patterns; however, this isn’t a systematic investigation of  attention in the same way cognitive psychologists would approach it, and probably shouldn’t be taken as a hard and fast rule.

So if attention span isn’t really a thing, and if there is no set rule about how long attention persists in class, what can cognitive principles tell us about engagement versus boredom? In general, people have trouble maintaining vigilance in environments where there are not many targets to respond to. Think about  someone maintaining watch at a post where there’s never a potential intruder – the epitome of a boring job. Tedium would result from two things, the need to sustain attention over time coupled with the rarity of targets. The former drains off cognitive resources, resulting in fatigue, and the latter invites mind wandering, since there are long stretches with nothing to do.

This suggests a few things we can do to fight similar tedium in class. When the flow of class provides just enough information that students have to concentrate, but little call for them to act on the information, they will probably get bored and check out. So we should ask ourselves, as we weigh the boredom factor – Do I have enough breaks, or at least noticeable switches from one kind of activity to another, to address the fatigue side of the equation? Did I provide plenty of “targets,” i.e., opportunities (or requirements) for students to jump into the action?

Vigilance and responding is one side of boredom, but there’s also the role of what kind of information is coming in, especially with respect to how it fits with already-existing knowledge in memory. As learning science texts often (and correctly) state, prior knowledge shapes learning, as this information in memory forms a kind of scaffold or framework to attach new information to. But another part of this is that existing knowledge allows us to interpret incoming information as relevant, which in turn helps determine what we will or won’t find boring.  The mind, after all, is not set up to indiscriminately absorb information that doesn’t pertain to us or our goals, so when there’s something we see as meaningless, we quite reasonably turn our attention elsewhere.

Look at it this way: What’s more boring than a procession of stimuli that you don’t understand? Perhaps the most extreme example would be speech in a language you don’t understand, which most people would tune out right away. But even something where you get the pieces but not the framework would create a similar problem. For example, I am the opposite of a sports fan; I know practically none of the rules, let alone the strategies, players and rivalries that make the game meaningful. A football game, to me, is the height of tedium, despite the stimulating atmosphere and everyone else’s enthusiasm – because I just don’t understand what’s going on. Take me to a ballet, and I’m in much better shape.  This “interpretability” factor is another one that’s important to teachers precisely because it’s something we can address. We often worry that if we present information that our students know really well, it will be dull – which probably is true, but may obscure the flip side, that pitching things even a little bit over students’ heads is a sure recipe for disengagement.

Turning now to the learner’s side of the equation, what can we say about plugged-in people’s intolerance for boredom? It can feel as though mobile devices have wiped out users’ ability to handle anything less than constant stimulation. They do also present an ever-present temptation to fill in any down time with activities ranging from casual games to email. Given these powerful impressions of the devices, a number of critics have claimed that device use has rendered us – especially younger people –unable to maintain attention the way we could before.

But as psychologist Daniel Willingham put it in a  New York Times op-ed, the real transformation isn’t in how able users are to sustain attention, but rather, how willing.  Scores on the measures scientists use to gauge different forms of attention haven’t changed much over the last few decades, bringing into question the wholesale overhaul of our cognitive processes supposedly wrought by technology. That said, things like smartphones are hard to resist next to the less-stimulating alternative of something like thoughtful reflection, and having ready access to them means that users will constantly be drawn toward the diversion they provide.

Willingham cites reflective thought as an alternative to attention driven by outside stimulation, but then again, these are not the only two alternatives. Some boredom truly is aversive, and in this way, heavy tech users are perhaps just less willing to put up with it. In this way, tech hasn’t so much rewired us to require constant stimulation, as much as it’s trained us to escape boredom whenever we can. In that sense, the better tech metaphor may be air conditioning. The invention of AC didn’t fundamentally alter our metabolisms to make us heat-intolerant, but once you’ve gotten used to having it, your tolerance for the discomfort is radically reduced.

You made it to the end of this post (congratulations!), so some take-home messages are in order. First, classes are indeed going to be breeding grounds for boredom, even for the best students and teachers, because they require effortful processing and a willingness to choose sustained engagement over easier alternatives. Smartphones and other digital pacifiers are the obvious ones, but even if those are banned, daydreaming is always there, so policing can’t be our only fallback.  We need to remember that everyone, even mature and motivated people, will falter in situations where they have to continuously monitor but rarely respond. Similarly, we all have difficulty staying attentive to information that we just don’t understand.

And in turn, these common weaknesses we have point back to what our attention and memory systems are programmed by evolution to do: prioritize processing of information that is relevant to our goals, while de-emphasizing or filtering out entirely anything that’s irrelevant. Far from being immature or undisciplined, this is a superbly efficient way of allocating our limited resources in a world teeming with information. The problem, from a teaching standpoint, arises when long-term goals (earning a good grade, learning, progressing towards mastery) fail to activate this prioritizing system.

And this is where the teacher’s role becomes critical. Really good teachers are those who can put the material back in the attentional spotlight, pushing students to overcome the seeming irrelevance in the moment in service of those long-term goals. They are also the ones who can turn a stream of seemingly disjointed facts into a connected story, something that holds attention much better.  Couple that with pedagogy that creates a “target-rich” environment, where students have to jump into the action frequently, and you can begin to boredom-proof your class.