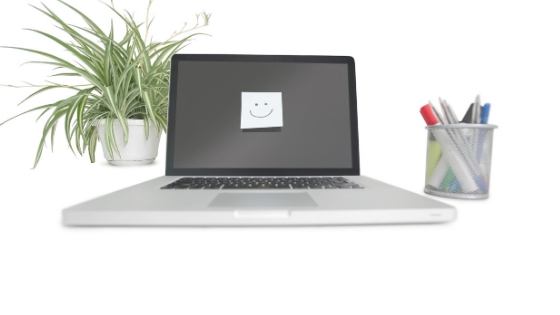 Things are hard for everyone right now. Be nice.

Predictably, now that we’ve come off the worst semester ever and are heading into one that promises to be even worse, tempers are raw and people are on edge.

It is predictable because of the titanic collision of work stress, home confinement, bad news, and grief that’s been upon us for months now. Predictable because morale on so many campuses – which was never great to begin with – is at an all-time low, with a near-total erosion of trust, appreciation, and sense of common purpose. Predictable because in academia we try to do way too much over email, and as research tells us, people are not only ruder online, messages sent in text form sound ruder to the people reading them compared how they would face to face.

I worry that as pressure builds to launch the coming semester – online, hybrid, hyflex, or however we’re now supposed to do it – basic collegiality will go out the window. Every time it does, it adds to our collective misery, misery that’s already well fueled by the extravagant goals and impossible timelines that have become normal.

It’s also predictable because our institutions so often lack systems for creating good working relationships between faculty and academic staff. I’ve observed this time and again at the schools I’ve visited over the years. Whether it’s at an elite flagship university or intimate liberal arts college, no one seems to know how these two groups are supposed to collaborate. Instructional designers, e-learning professionals, teaching coaches, developers, and librarians may all be essential to the functioning of contemporary universities, but they’re too often sidelined. Astoundingly, they’re sidelined even while faculty are drowning in work, including work that faculty are minimally trained and minimally skilled to be doing in the first place.

It’s frustrating, because this problem shouldn’t be that hard to fix. Nor should I – in the year 2020 – be encountering blank looks among my fellow faculty when I even mention instructional designers. The idea of working with IDs is not a part of academic culture or something people get exposure to in grad school, so I understand why this disconnect happens. It’s understandable, but it also is costing us.

Imagine that every time a team came together to create a feature film, that they had no pre-set system for dividing up the massive amount of work involved. Imagine that there were no commonly accepted categories of collaborators – gaffers, costumers, cinematographers and so on – and that every film set had to tackle this organization problem anew. Or, imagine that studios simply assumed that getting the movie made was the director’s problem, and left them to it with a stack of informational handouts about filmmaking and a wave goodbye. How good would the resulting films be? How many would actually get finished on time?

This is what is happening as we try to design and redesign courses using an outdated model where the faculty member, and the faculty member alone, tries to do it all on their own – or if they do accept help, they have to hash out anew all of the lines of responsibility for getting the work done. It’s resulting in a situation where there are untold numbers of credentialed, capable, smart people who could help, who are being paid to help, but who can’t because it’s unclear whether and when it’s okay for them to step in.

This mess may be predictable, but it’s also preventable. Institutions need to start thinking about ongoing assistance and faculty development less in terms of providing information, and more in terms of explaining exactly what can be delegated, and how. They can do some PR as well on the training and expertise of the staff who are charged with helping. They can explicitly lay out the roles and responsibilities of all of the people who might be working together on a collaboratively created course. If we did this, it wouldn’t take long for faculty to figure out that the opportunity to work with instructional designers – and librarians, and e-learning and pedagogy experts – is a godsend, not an affront.

And make no mistake, more courses are going to be collaborative efforts, not one-professor  shows. Courses are becoming more complex and more technology-dependent. Online programs exist in an ever-more-competitive market, and institutions’ goals for these programs are becoming ever more ambitious. Standards for what counts as good pedagogy are even going up, believe it or not. As all of this happens, it becomes even more absurd to think that we can create truly great courses with the one-professor-one-class model.

While we’re at it, we can also stop tolerating misdirected stress and frustration – perhaps not with an escalation of conflict through punishment and such, but with something more powerful: social norms. I’m reminded here of one of my favorite leadership books: The No Asshole Rule: Buiding a Civilized Workplace and Surviving One that Isn’t. In it, author Robert Sutton points out that we have quite a few unconscious biases that favor bad behavior. We assume that people who are abrasive and unpleasant are more competent – they must be, or they wouldn’t be where they are, right? This assumption then sets up social norms under which it’s okay to let destructive workplace behavior slide.

Sutton also points out the costs of not countering these assumptions. Being a business book, The No Asshole Rule puts this in purely financial terms; in one case study, he ballparks the price of supporting one chronically uncollegial employee for one year at $160,000, with much of that going to extra hours from upper management and the price of constantly recruiting and training new people to work with the jerk in question. In academia, maybe dollar costs aren’t quite as relevant, but we still pay dearly for needless conflict – in delays, indecision, attrition, and waste of potential.

Granted, trying to change norms one person at a time is an individual solution to an institutional problem. But it can be a beginning, not an end, and nothing about our personal pledge should prevent us from vocally – and impolitely, and inconveniently – protesting institutional policy when we need to. And it remains critically important that institutions do set up functioning systems for pedagogical collaboration. If we’re lucky, these systems will be ones that don’t send faculty into a tizzy of territoriality, or send staff into weird gray zones where they’re responsible for outcomes they haven’t been empowered to accomplish.

As part of these systems, schools also need to make it abundantly clear where faculty can go for what kind of help. These processes will help head off conflict by setting expectations for whose job is whose in the projects we take on – especially when it’s a massive undertaking such as converting a course to a new modality, or creating a brand-new online course from scratch.

For those who do take out frustrations on people who are there to help, there are probably already more consequences than they realize. Long ago, I backed out of a grant project with a collaborator after I learned that they berated my department’s office manager over a minor misunderstanding. I would bet many faculty and staff have responded in some similar ways, subtle or not, in response to colleagues who routinely engage in this type of thing. Academia can be a refuge for bullies, to be sure, but I think on some level most of us know that constantly  rewarding them is a bad thing. After all, anyone who remembers third grade knows that appeasement just leads to more of the same.

I’m not claiming to be a perfect colleague myself. I’ve sent my share of snippy emails, although I do hope and believe that these have all gone to people above me in the hierarchy, not below. I’ve let my own impatience and time stress – occasionally fueled by my own procrastination – get in the way of being a good collaborator. Those challenges are there and they are not going to magically go away. At this point we in academia also probably do all have legitimate grievances about the way pandemic responses have been handled, which are also not going away any time soon. But even with all of this going against us, we should be able to get this one thing right. Let’s try.