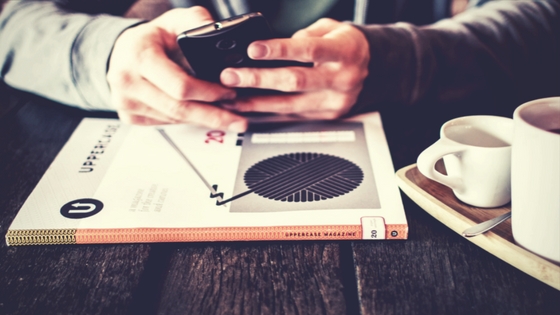 Learning Styles The Musical! And a few more thoughts on a sticky but wrong idea

Posted in Cognitive Psychology and Learning, Higher Education, and K-12

It’s making the rounds again: the not-really-new news that VAK* learning styles are a myth. One example that popped up in my feed:  this Guardian article reporting on something that really does sounds like a welcome development, a letter, signed by a roster of top education and neuroscience researchers, reminding educators that there is no evidence to support VAK styles. They imply that trying to match presentation modality – visual, auditory and so on – to student learning styles is not only a waste of scarce resources, it may actually set students back by fostering excuses and deterring students from productively examining how they actually learn.

And once again, I feel two ways about this latest round of publicity. First, pleased that cognitive science, learning science, and interest in evidence-based practice are getting attention in the wider culture – something that seemed awfully far off when I was first getting started in the field. But also, a little demoralized that this exact same discussion is still going on, many years after cognitive scientists and educational psychologists first began raising serious questions about the merits of VAK. We can research, and publish, and explain, but the idea keeps merrily perking along, its appeal so hearty it could probably make it on Broadway.

It’s also a reminder of the dispiriting reality that VAK is still taking up space in the K-12 world, something that I wrote about last year in this blog post. At a spring break get-together, my NAU College of Education colleagues Rebecca Campbell and Marti Canipe confirmed that they run into this issue all.the.time as they work with students who aspire to be teachers. It is a tough one: Rebecca related to me a particularly eye-opening exercise she’s conducted, in which she asks students their views on VAK styles after they’ve gone through her module focusing on the shortcomings of the theory. When polled anonymously, large proportions still say they believe in it – an unsettling thought given that this is the very next generation of schoolteachers.

Somewhere, somehow, the idea is being sold to these students, and once it’s in their minds, it is dauntingly resistant to change.  And so, it becomes an example of one of the toughest things we teachers try to do: get students to unlearn powerful but wrong ideas. Physics instructors grapple with this at the introductory level, by uprooting our inborn assumptions about how things move around in the world; psychologists do a lot of it too, as I can attest from years convincing students that, among other things, waking a sleepwalker won’t kill them, men and women are more similar than different, and people are not either left- or right-brained. Criminal justice, gender studies, biological anthropology – these disciplines require getting students to let go of at least as much “knowledge” as they take in, or so it seems to me.

What does it take to effectively un-teach something? Clearly it’s more than just providing the correct information, although that is a start. In the case of VAK, there is no shortage of great articles and other materials debunking the idea, notably from psychologist and author Daniel Willingham.

Psychologist Scott O. Lilienfeld has other suggestions drawn from his expertise both as a specialist in the psychology of irrational beliefs and a master psychology teacher. It’s important, he says, to take an active approach, even though it might feel as though you are risking reinforcing the wrong belief by bringing it up in the first place. Bring it up, he says, then don’t just talk about why it’s wrong – bring in the reasons why the myth got started in the first place and the reasons why our intuitions tell us the wrong thing about it. That thoughtful and deliberate discussion is the way to uproot bad ideas while planting good ones.

Tongue in cheek, Marti Canipe floated the idea of demonstrating learning styles by cutting off anything but the modality that supposedly matches a student’s style – having them try learning while the visual learners wear earplugs, auditory ones wear blindfolds, and the kinesthetic folks jog the whole time on a treadmill.  Perhaps that would make the point that indeed, there is more to effective teaching than just matching style, and more to learning than just recording information that comes in through one of your senses.

In any case, the time is ripe to keep pushing back against the learning styles idea; maybe it’s an also an opportunity to get better at un-sticking sticky ideas in general. I’m not ready to sit back and watch Learning Styles The Musical! just yet, so let’s keep the conversation going.

*Visual-Auditory-Kinesthetic, namely, the idea that people have a set style that causes them to learn better in one sensory modality over the others.