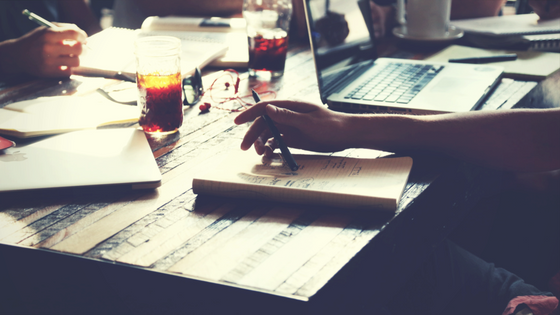 Former students as guest teachers, and the peer learning trend

Posted in Higher Education, and Trends and Change

Today I finally tried something that I’ve long meant to do: bringing in former students to have a freeform, open discussion with current students about how they can succeed in the class they just started. I’d laid the groundwork to do this last semester, having put a (no-credit) question on my final exam that asked whether the person would be willing to come talk to future classes. I sent out a bulk email to the group who’d said yes, then out of those, lined up four who committed to coming to the class meeting, two for each of my two sections.

I gave each pair about 20 minutes to lead discussion, and other than that, left it completely up to them, just suggesting that they offer tips for success and try to get as much Q and A going as they could. In another slightly risky move, I also told them that this would be a closed-door, confidential session; the graduate TA and I would both leave, and we pledged not to pry about what was said. This raised eyebrows with my TAs – what if the former students said negative or misleading things, after all? – but I thought the hands-off approach was important to frame this as completely candid student-to-student mentoring above all else.

The energy around the guest talks certainly felt good; my former students seemed more confident and mature than they did even just two months ago, and it was great to chat and catch up on the way in to class. And we were both fairly beaming at the end, me with pride in their being willing to stand up and contribute their knowledge, and them with the accomplishment of doing so.

In theory, this kind of experience should also provide concrete benefits to those incoming students. Social psychologists have long believed that modeling is a powerful mechanism for shaping behavior, and according to the theory, the best models are those individuals who resemble us and whom we believe have a similar set of abilities to ourselves. It makes sense that we’d be most motivated to follow in the footsteps of someone whose stride we believe we can match. These near-peers are the models whose accomplishments seem reachable, and whose advice we are most likely to take.

Peer teaching is, I believe, a mega-trend in higher education, one I’ve watched with interest for the past 5-8 years. Early on, course redesign advocates were floating the idea of including undergraduate learning assistants to help teach big classes, but back then the idea sometimes met hard resistance. Framed simply as a way to save money, peer teaching is off-putting or even offensive, if we take it as saying that a student can do the job of a professor. But it did not take long for the idea to start gaining traction, especially when advocates began to emphasize that ULAs are an enhancement to, not a replacement for, the expertise of the faculty member in charge of the class. The case for ULAs is also buttressed by the myriad benefits to the ULAs themselves, such as those documented in this research study on former undergraduate TAs.

Undergraduate learning assistants, or Peer TAs as we call them, are a linchpin of NAU’s First Year Learning Initiative; without them, FYLI wouldn’t be the same (or might not even exist). We’ve generally taken a pragmatic approach in our Peer TA program, seeing it as a mechanism for making it possible for professors to do active learning and other labor- and attention-intensive techniques in large courses. Over time though, it’s become impossible to ignore the other benefits. Our office has accumulated quite the collection of testimonials from students on how the experience strengthened their knowledge, pushed them out of their comfort zones, eve led them to consider teaching as a career. Faculty too talk about how they could not get along without their peer TA teams, not just because of the ability to share certain parts of the load, but also because students will talk to another student differently, and more often, than they will to a faculty member.

Will true peer participation in teaching – beyond the traditional tutoring and supplemental instruction programs – ever become mainstream in higher education? I don’t know, but it’s possible. FYLI’s program is unique as far as I know, but there are plenty of other institutions who are running different variations on the concept.  Some are even experimenting with more radical implementation of peer learning, such as turning over whole pieces of instruction to students under faculty supervision.

These formal programs will probably continue to expand, but we don’t have to wait for one to come along to start flowing more peer learning into our teaching. Most of us have a crop of former students we can call on, even for a short in-class talk like the one I did. Or we can simply take the time to talk to more of them in depth about what they think was most effective or what new avenues we should try. Reuniting with our alumni is one of the great pleasures of teaching, and in this case, it’s one that can also help us do better things for the students we’ll teach in the future.